When Has an Investment Gone Too High to Buy?

Is it Priced High or is the Price Reasonable? 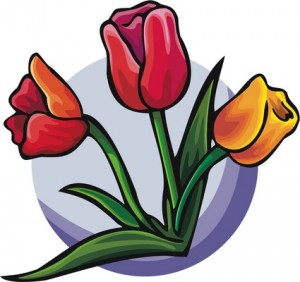 across references to “Extraordinary Popular Delusions and the Madness of The Crowds” written by Charles Mackay in 1841. The primary sections of this book that are most often referenced in financial readings are “Tulipomania” (Tulipmania), “The South-Sea Bubble” and “The Mississippi Scheme”. These three sections have helped to illustrate many texts as examples of financial bubbles. I’ll use Tulipmania to help illustrate the difficulty in answering the questions interspersed throughout this article. 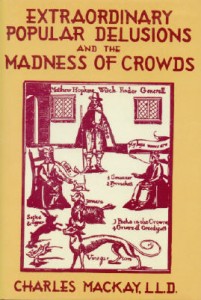 As the history of financial markets has intrigued me for most of my life, I have acquired a small library of books on the subject, including this one. I recently picked this book back up and reread the previously mentioned sections. Honestly it’s not an easy read. First it’s written in “Old English”, not Shakespeare, but it takes a little getting used to before you catch the rhythm. Second some of the quotes are in French and German, so unless you want to translate, the impact and meaning of the quotes can be lost. So I thought I’d try and put the Tulipmania book into context, instead of just laughing off the absurdity of someone trading their house for a Tulip bulb.

Do You Know a Good Investment When You See One?

How High Can An Investment Go?

Probably the most referenced section of this book is Tulipmania. At its peak, it involved someone trading their home for a tulip bulb. It’s very easy to think this is absurd, that’s why everyone loves to use the example – even Gordon Gekko used it in “Wall Street: Money Never Sleeps”.

A great example of a financial bubble, right? Well you have to place yourself in the years 1600 to 1636 in Holland. That’s right, Columbus discovered America 8 years earlier. Travel and trade are done by sailing vessel and tulips came from Istanbul (called Constantinople in the book). 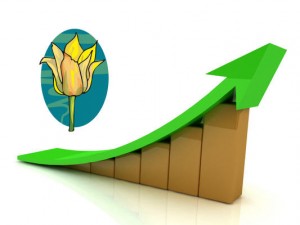 The tulip was introduced to Holland around the year 1600 and it was considered a rare and beautiful flower – the key is – it was considered rare. Rare meant expensive, so as its reputation developed it became a status symbol for the wealthy to have tulips in their garden. Demand for tulips increased with its popularity and the price of tulip bulbs increased consistently through these years – that’s 30 years of consistent increases. Imagine gold going up 30 years in a row! By the year 1634, it was considered “essential” if you were wealthy to have tulips in your garden and the rarer the better. It was at this point that trouble began.

When Has an Investment Gone Too High To Buy?

The demand for tulips spurred a “traders marketplace” for tulips. People no longer were buying tulip bulbs to plant them, but instead to resell them later for a higher price. At first prices still continued to go up as now both trader and wealthy customers were buying them and demand was even greater. Again – the rarer the better. As word spread of the profits made buying and selling rare tulip bulbs, more and more people got involved. That’s when you could trade your house for a tulip bulb. That would have been the spring of 1636.

I quote the book here “A golden bait hung temptingly out before the people, and one after the other, they rushed to the tulip-marts, like flies around a honey-pot. Every one imagined that the passion for tulips would last for ever, and that the wealthy from every part of the world would send to Holland and pay whatever prices were asked for them.” This was the thinking at the time – you simply couldn’t go wrong buying tulips – they’ve always gone up!  I can’t tell you how many times I’ve heard similar thoughts uttered about some type of investment or another over the years.

When Has it Gone Down Enough to Buy?

How Low Can the Price Go?

So, it’s got to end bad right? It certainly did. By November of 1636, prices broke down and if you were unlucky enough to be holding tulip bulbs, you would have had trouble selling them for one-quarter of the amount you originally paid. Once confidence in the rise in tulip prices was broken, there was no turning back and Tulipmania was over. Anyone who purchased tulips during the midst of the downturn lost as much as those who bought at the top. Tulip prices continued to go down and there was no supporting tulip prices in the market, despite the efforts that were made.

Tulipmania is a Warning, Nothing More

Tulipmania and other financial bubbles are warnings to us all. While we can never be certain of what the correct price for any investment should be, all we can do is be cautious. With regard to a trading system, that would mean following all the elements of your trading system.

Personally, I like breakout trading systems, so the thought of a price being too high is contrary to one of my favorite systems. But without the discipline to carry a stop loss and a trailing stop and the realization that not all trades will work out, I could easily find myself in the shoes of the Dutchmen in Tulipmania

The Next Financial Bubble

Human nature being what it is, it is a certainty there will be a next financial bubble in the future.  We have a tendency to see something good and want it for ourselves.  That means if an investment is doing well for others, we can’t resist wanting to participate.  But don’t let the thought of the next financial bubble scare you into not participating in the financial markets, just be a prudent participant and follow all your trading rules.

You Like? Please share! Questions? Put them in the comments below so everyone can learn. Thanks, Gene